I was so happy to go to Raleigh, NC visit my parents over Christmas and my very busy 21 year old sister carved out a little time to go get wings with me. Having a little of her time is almost impossible so I was glad to have some quality sister time doing our semi-annual wing eating.

We went to a local sports bar where I got the recommended grilled wings with “Dave’s Sauce” which was a pepper based BBQ hot sauce. 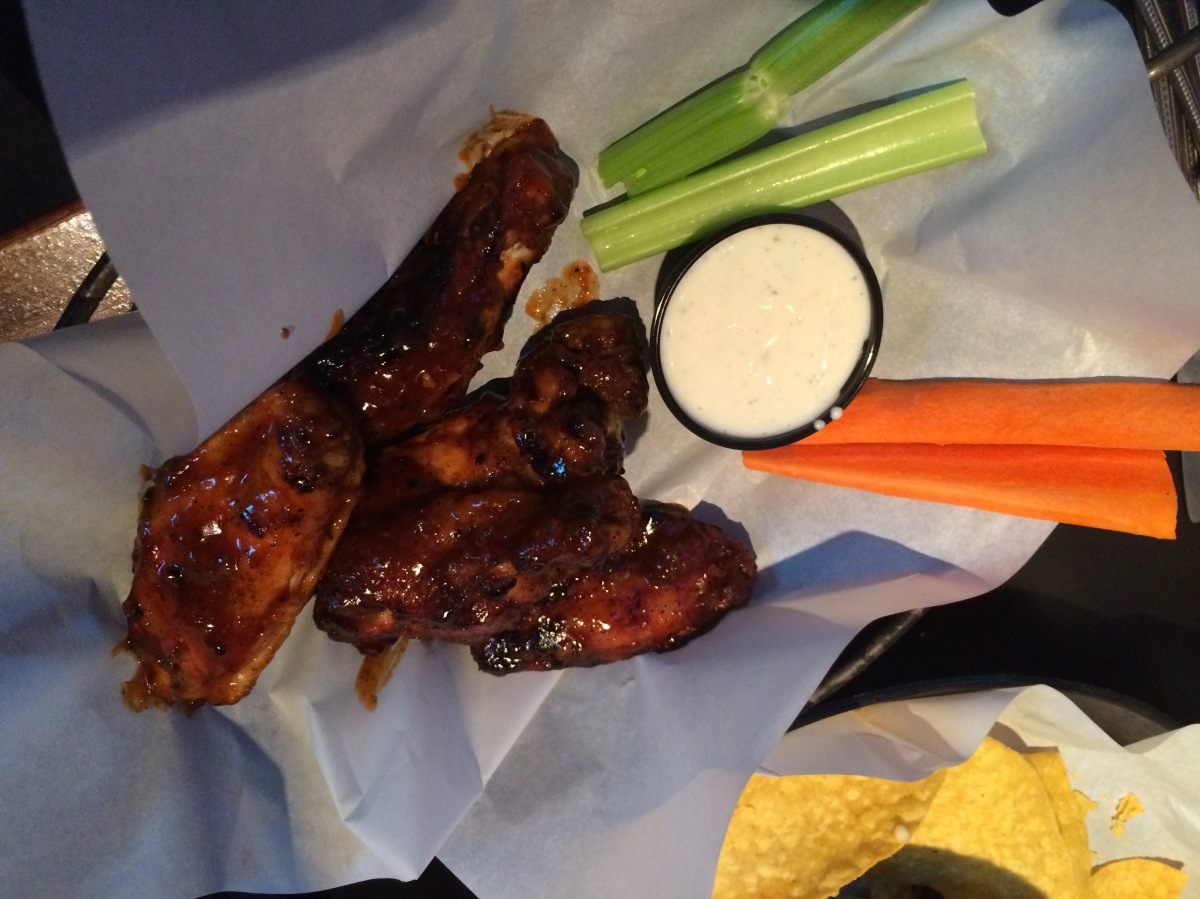 The first 3 wings of the 5 pack were really flavorful and the texture of the meat was falling off the bone (which is a good and bad thing).

It’s good to have tender meat but it should stay on the bone when you pick it up. But, as the temperature of the wings cooled, the texture of the skin became rubbery and not one with the tender meat. Grilled wings are a breed of their own and I don’t want to compare the grilled variety to the fried and/or baked variety where the skin melds with the meat and gives that nice crunch. They just didn’t hold up as I ate them.

The more I ate these wings at a run of the mill sports bar in the Raleigh suburb of Carey, the more I didn’t want them. I only ate 4 out of 5 wings; very unlike me.

I didn’t let the change in the wings affect the time I had with my sister but it got me thinking about how our tastes change, even as you keep gnawing on the carcass.

I may think I’ll like a new wing flavor on the menu but once I have it, I don’t want it anymore or it doesn’t taste like I expect it.  Sometimes you make friends that you think their sauce is for you and it’s good at first but slowly the flavor changes. I know I have had trouble in recent times having friends take a less active role or leave my life. It hurts when you think people are choosing not to be friends with you but it’s because maybe their tastes have changed. Maybe I was their “Dave’s Sauce”.

I made a few girlfriends when I first moved back to Atlanta. I was so grateful to have a social life but insecure that I made no money, couldn’t afford to go out, and couldn’t relate. These girls were true Buckhead Betties. Every time I was with them, I knew our tastes weren’t the same but they were on my Buffalo Wild Wings: available, in my neighborhood, and alright. I used to love “B-Dub’s” because that’s all I knew but once I tried more and more wings, my tastes changed. Eventually, I wanted to expose myself to sauces and flavors that blended with my tastes better. I had to eventually pick a new wing spot because I felt awful after being around them (like after eating at Buffalo Wild Wings). I don’t have any ill feelings towards them but my taste buds and their flavors didn’t meld.

This time of year marks decisive change for so many people, like making a hard decisions about friendships or wings. Sometimes I have to force myself to change how the wings taste. I’m motivated to change because there is only so little time you can be okay with Buffalo Wild Wings (which I had this past weekend after roller skating and laser tag). . I don’t hate Buffalo Wild Wings…there’s a time and a place for it and for people who are like that in your life.  I have accepted that I maybe not be someone’s flavor.

The sauce I’m craving now is one full of hard work, late nights, filling notebooks, fostering meaningful relationships, and a healthy lifestyle (including plenty of wings).